At the start of 2020 there were whispers of a virus being seen in China. A few friends of mine involved in hospitality were aware that visitors from China were talking about a new flu like illness. By February there was talk of this virus which had been named Covid 19 or Coronavirus (covid type virus identified in 2019) spreading into Europe. People were starting to develop worrying symptoms and be admitted to hospital with coughs & breathing issues. We were suddenly aware of Public Health announcements about not hugging or shaking hands.

If you were out & about you noticed people elbow bumping instead of hand shaking or doing a strange foot tap dance. There was a rumour people in Italy were dying and people started buying toilet roll. I have no idea why people starting buying up all the toilet rolls.

I found myself on my weekly shop thinking shall I buy an extra bottle of ketchup so I have a spare and maybe an extra tin or two ? By the following week at the start of March toilet roll was the subject of many a supermarket brawl. The news stations were reporting shortages in shops and photographs were circulating of empty supermarket shelves with footage of actual people arguing over toilet roll.

On the 5th march the British Govt announced a lady had died of Coronavirus and suddenly we were becoming aware this might be serious.

I posted something on my facebook timeline saying wash your hands, keep your distance & sneeze into your elbows, I said I thought this could get worrying. I received a torrent of messages from friends and family telling me not to panic & that I was feeding the hype & hysteria and it would amount to nothing.

I wish I felt better that I was right but I don’t. By the 23rd March when the British Government announced a national lockdown there were 422 deaths and 8077 cases in hospitals.

After that first week experiencing empty shelves in the supermarket before the lockdown I managed to get a big shop in. I did stock up on some essentials like ketchup & some extra boxes of the kids favourite cereals but I hoped that supply into the supermarkets would keep going & I would be able to order online.

I quickly found myself categorized as one of the highly vulnerable and being allocated shielded status. I received a letter from both the Govt & my GP suggesting a 12 week isolation that would mean no contact with anyone outside my immediate family. No one is allowed out for any reason. All shopping is to be delivered & oh I am so glad we literally just moved house in february. The new place is bigger and right next to my parents which would prove to be a godsend.

Schools are closed. Non essential shops & businesses closed. Hotels, bars etc all closed. Everyone is at home unless you are a keyworker. Suddenly the most important people in our world are your health care professionals, your Amazon delivery driver and the bin men etc. People who often get overlooked. I’m loving it, this twist in modern day heroism.

By the end of March 1789 were dead and the number was climbing higher.

I suddenly became obsessed with the news. I found myself channel hopping to watch news 24 hrs a day. It became a very unhealthy obsession that I had to stop after a few weeks when I found myself waking in tears one morning. Granted binge watching Resident Evil probabaly did not help the feeling that the apocalyspse was uppon us but I genuinely woke up in fear for the world.

I decided I needed to start documenting the days & weeks and the mood of myself and the children and how we were coping with my shield. I realised we would have to focus on our mental health & not just staying safe from the virus but looking after ourselves both physically and mentally. Shielded !! Makes me sound like a marvel Secret agent, member of SHIELD which amuses the children no end. I have a gallery which I will add to of mood photos. There are lots of cups of tea in the future I foresee as we battle our way through another already turbulent year. 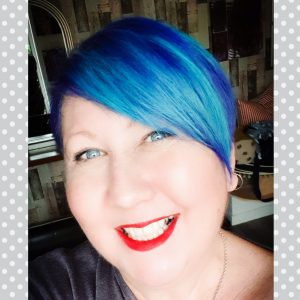